A Port Where the Western Value was Imported and Distributed

Kobe is the sixth largest city in Japan and the capital of Hyogo Prefecture. Kobe was one of the cities opened for trade with the West in the mid‐19th century. It was when and where the legend of Kobe beef had begun. Since then, the city has rapidly expanded and evolved into one of the leading ports of the world today. Below images show Kobe port now and then. 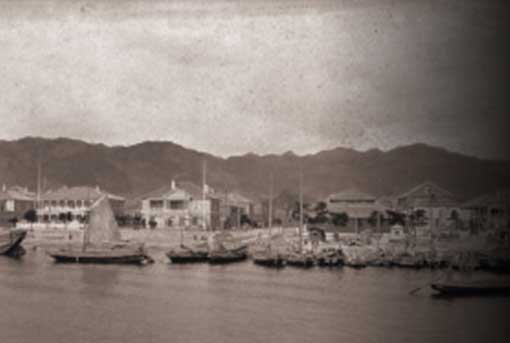 Rows of Western‐style buildings of foreign settlement are seen. 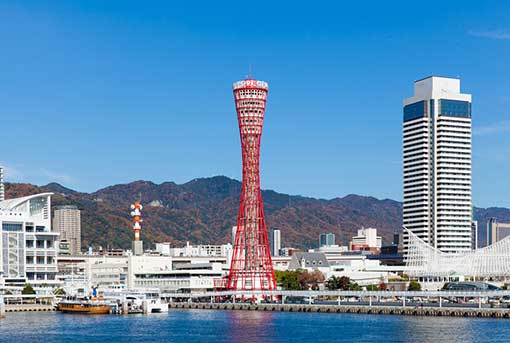 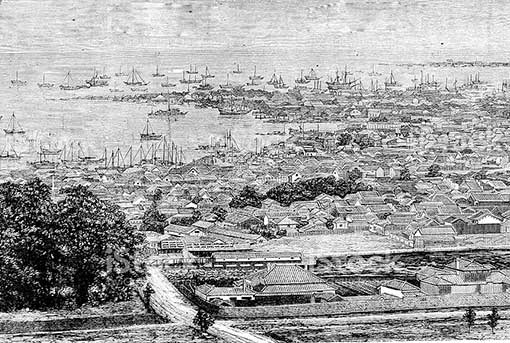 Kobe port and settlement in the late 19th century

Many merchant ships are overseen from inland. 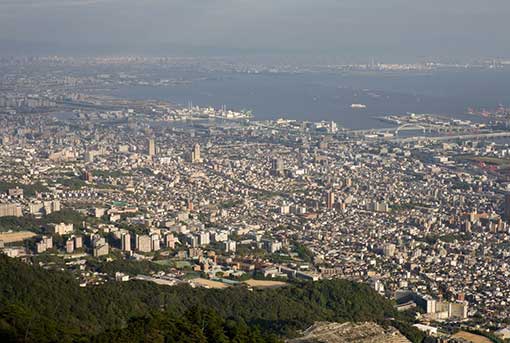 Kobe port and city is modernized and no long what it used to be. 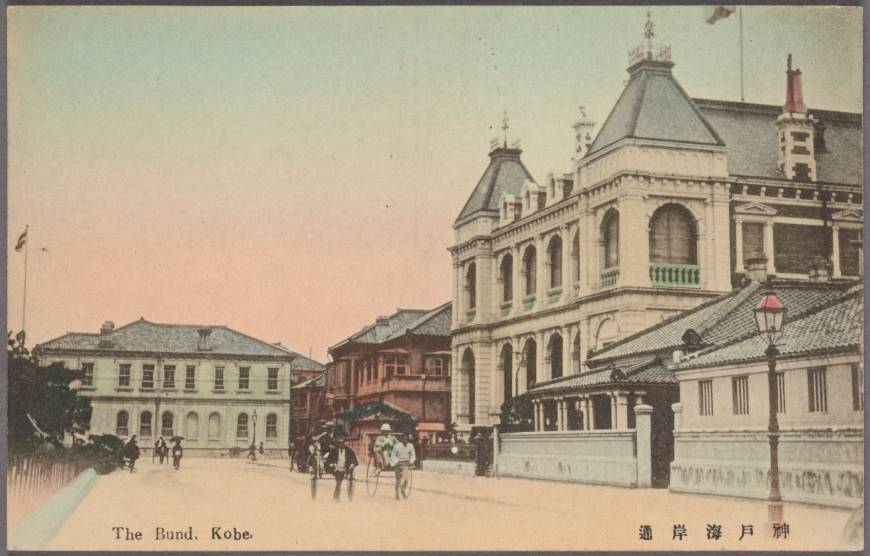 25‐hectare of foreign concession was established east of Kobe port in 1868. The population of the settlement increased over 2,000 in 1890s. It was returned to Japanese government in 1899 and incorporated into Kobe City.

It was in 1868 when nearly 250 years of feudal military regime and its policy of seclusion came to an end and the Emperor was restored to power. Exposed to the threat by the colonial powers of the day, the leaders of this “Meiji Restoration” well realized the imminent necessity to strengthen Japan through modernization. It was in this background that several ports including Kobe port were opened for foreign trade in 1868.

Under a treaty with US, UK, Russia, Netherlands and France, a foreign settlement was established in Kobe in 1868. With many foreigners arriving and settling there, Kobe soon became a cosmopolitan town. The opening of Japan’s border was an opportunity to integrate Western customs into Japanese culture.

In terms of food culture at the time, the Japanese did not regard their farm animals as an animal protein source. It was an Englishman who changed the long-standing social taboo against the eating of meat. He obtained a cow from a local farmer to eat. From then on, foreign ships entering Kobe port started to ask for local cattle that was soon called Kobe beef. Kobe beef is one of wonderful gifts that Japan’s modernization efforts have brought.

Kobe Beef Has Captured the Palates and Hearts of Gourmets from Around the World. 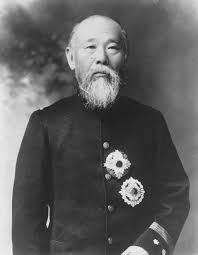 Loved by gourmets of all times and places:
Hirofumi Ito

Kobe beef became popular among Japanese as well as foreign residents in Kobe after an Englishman relished a local cattle. Kobe beef was one of favorite menu of Hirofumi Ito (1841 – 1909), the first governor of Hyogo Prefecture (1868 – 1872) and later Prime Minister. 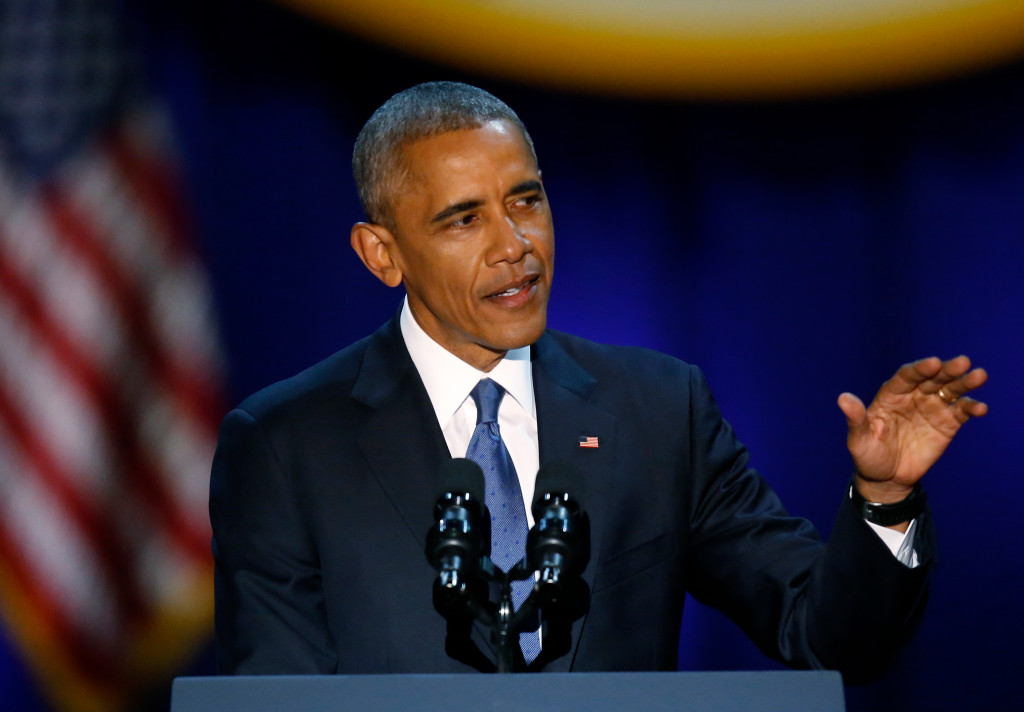 Loved by gourmets of all times and places:
Barack Obama

The former US president Barack Obama requested Kobe beef upon his official visit to Japan in 2009. It is a gastronomic experience that cannot be missed when visiting Japan. 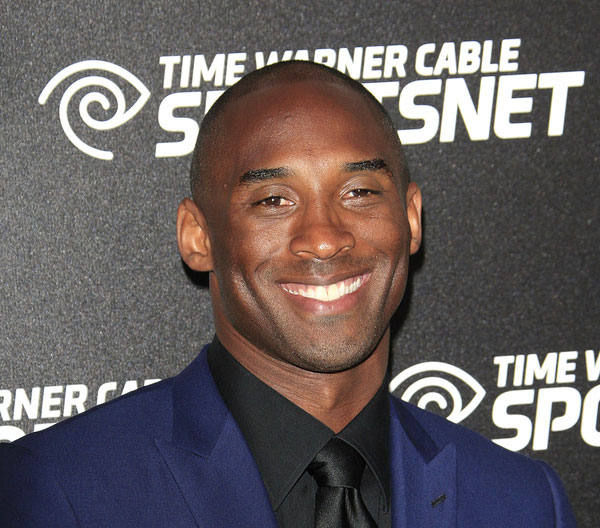 Loved by gourmets of all times and places:
Kobe Bryant

It is well known that the former NBA player Bryant got his name from Kobe Beef. His parents were so impressed with well marbled texture and tenderness of Kobe beef that they named his son after it.